I often get people asking me “What’s the best clutch?” It really is a more complicated question than a lot of people think. Everyone drives their car differently, and everyone has different expectations for how a clutch should feel, how long it should last, etc. First, let’s talk about the main different types of clutches that are out there.

This is the most common type of clutch, which virtually every manual car uses from the factory. 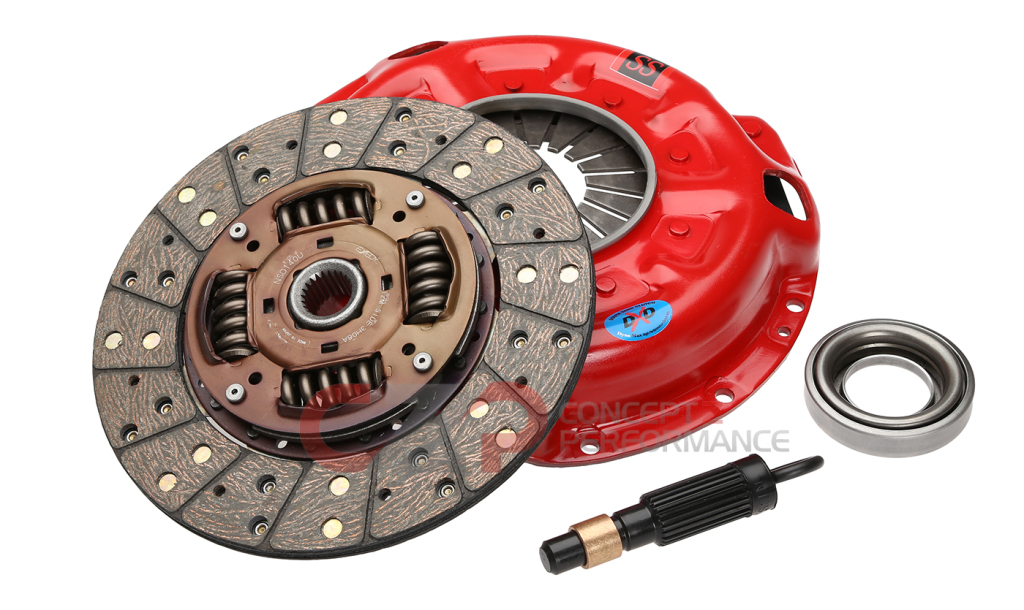 Generally, full-face clutches are going to be the easiest to drive and have the smoothest, quietest operation. However, when you start adding big power, it’s difficult to find a disc clutch that can support those power levels while maintaining a good pedal feel. You usually get increased pedal pressure, chatter, or both, depending on the design of the pressure plate and material of the disc.

Puck clutches are named so because instead of a full, circular disc, they have a “star” pattern disc with “pucks” of friction material at each point. 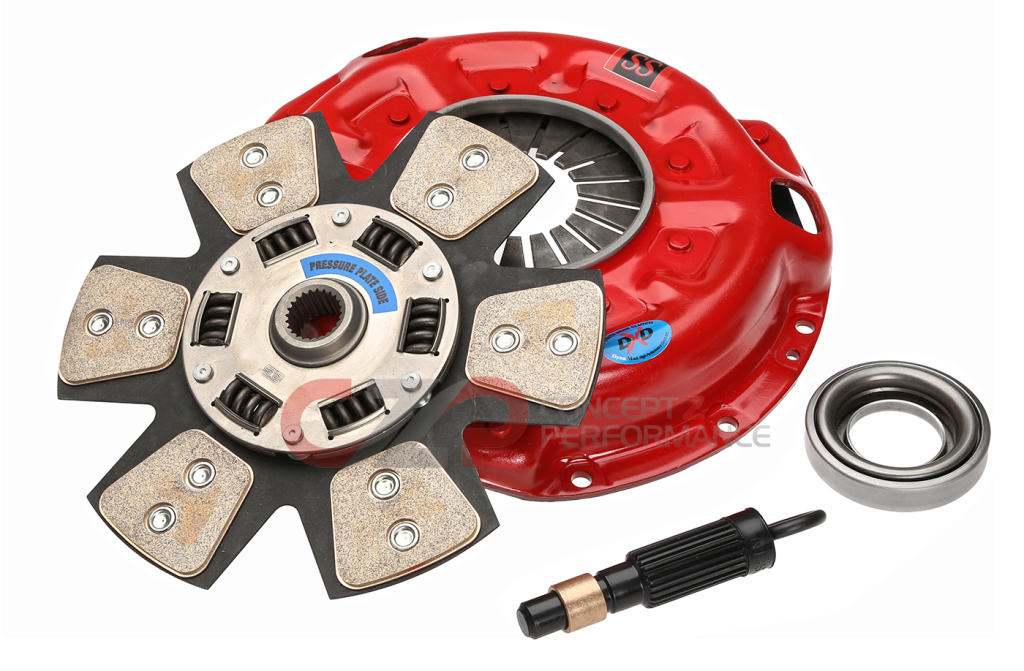 Puck clutches generally have much higher torque capacity than disc clutches, and because they don’t have a full disc, there is less rotating mass, which makes them lighter in weight. A lighter disc allows you to shift faster, as the synchros in the transmission have to do less work to match the speeds of the input and output shafts, since there’s less rotating mass on the input side. Plus, their higher torque capacity means they’re going to tolerate abuse better than “softer” clutches. So they’re great for competition use, in a case that’s going to see drag racing especially. But they do have a few drawbacks. Mainly, they tend to be extremely grabby and often noisy. People often describe them as feeling like they have very “on-off” engagement. They’re not as comfortable to drive on the street for this reason, and because there’s actually less friction material (just higher clamp loads), they won’t last as long as a full-faced disc.

These aren’t nearly as common, but hybrid clutches are similar to full-face clutches, just with slightly modified designs. 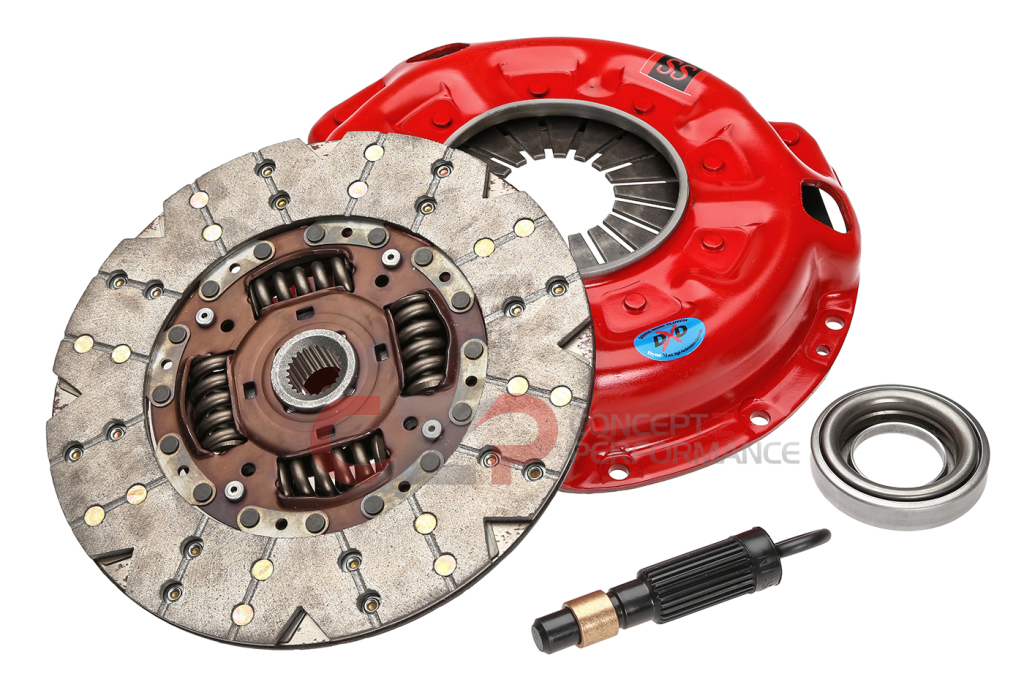 A Southbend OFE disc, which uses a Feramic disc on one half and an Organic disc on the other side.

Hybrid clutches really need to be reviewed on a case-by-case basis, because they’re going to be designed for very specific applications or purposes. For example, the above is called the OFE (Organic-Feramic). Literally half of the disc is just like the Organic disc at the top of this page, and the other half is what you’d find on one of Southbends “FE” clutches. We’re seeing the Feramic side, the notches there show the Organic side showing through. Another popular clutch like this is the TZ disc. It’s the same on both sides, but uses a kevlar friction material and a unique design that sets it aside from a traditional full-faced disc.

Multi-Disc clutches are exactly what they sound like. There are multiple discs with friction material stacked up. 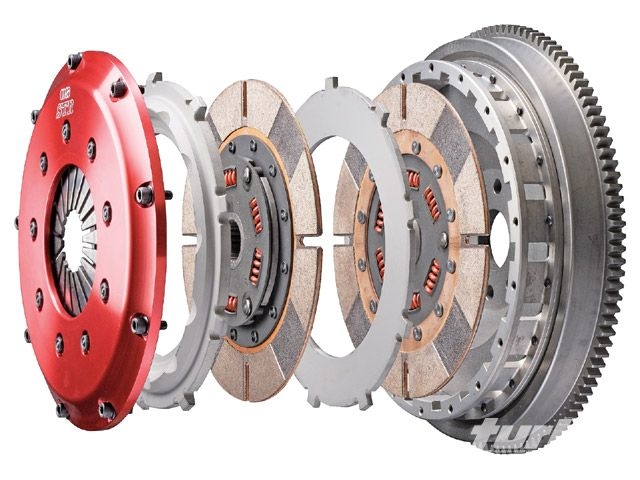 These are much less common than other clutch types, primarily due to their cost. They are most often used on motorcycles, where it’s necessary to use a clutch that has a high torque capacity but in a physically smaller space (build up, rather than out). Some multi-disc clutches for cars will employ a similar mentality, where the disc and cover (pressure plate assembly) are much smaller in diameter than the flywheel. In addition to their cost, multi-disc clutches chatter and make noise frequently. While they are known for having relatively light pedal pressure, most are also relatively grabby compared to single disc clutches.

So I put together a few diagrams to illustrate more clearly how some of the different clutches we sell compare to one another.

Here’s what each value means.

This list isn’t complete nor is it totally scientific, but hopefully it helps steer someone in the right direction!