I wanted to talk about something I’ve seen happen a couple times now, since there seems to be a lot of confusion surrounding it. You may have noticed, when looking at a clutch disc, that the inner hub is actually separated from the outer disc (friction material) by segments of relatively thin material. 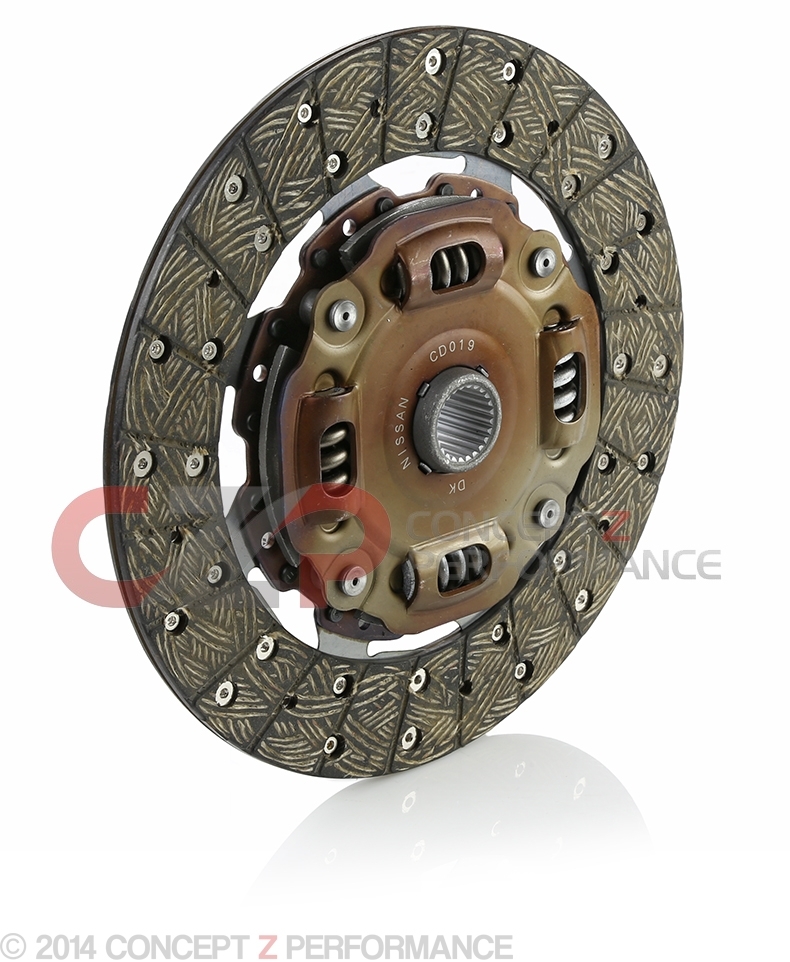 Separating the inner and outer portions of the disc here create a safety feature. This protects the engine from damage if something happens that causes the drivetrain to attempt to over-rev the engine. For example, if you’re accelerating hard and go to shift from 3rd to 4th, but accidentally shift from 3rd to 2nd, and you’re already at redline, when you drop the clutch, the wheels turning the transmission are going to try to increase the engine RPM immediately, and well beyond a safe limit, sometimes not even if you’re driving hard. Most modern clutches are designed to shear at these joints to protect the engine. Not only is the clutch shocked with an insanely high amount of torque, but it’s torque in the opposite direction to that which the disc was designed to transmit torque. So the torque plate on the disc lets go, and separates the inner and outer discs. I’ve heard some clutch manufacturers state that they let go at 1200kg of force, a lot more than it will encounter through normal use! 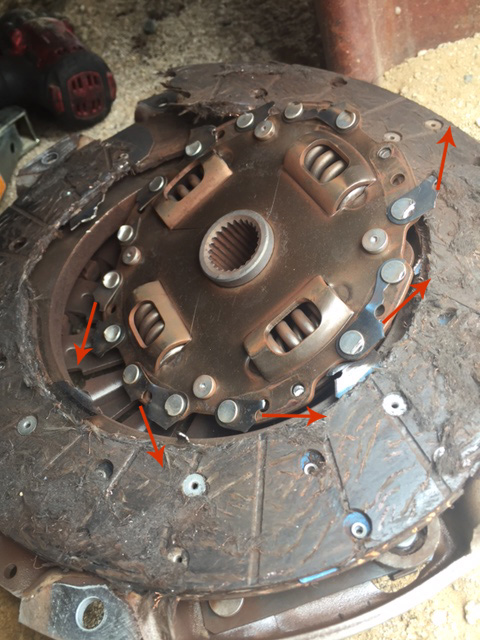 I added those red arrows to show the direction the shearing happened. You can actually see how they’re pretty much all broken in the same, or similar ways. Additionally, while the disc isn’t in the greatest shape, you can see it’s not horribly glazed or burnt, so it doesn’t look like it was otherwise slipping. The only thing that happened was the torque plate sheared. Additionally, since this is how the outer disc is supported, you’ll almost always see this with cracks and fractures in the friction material on the outside, if not total separation. 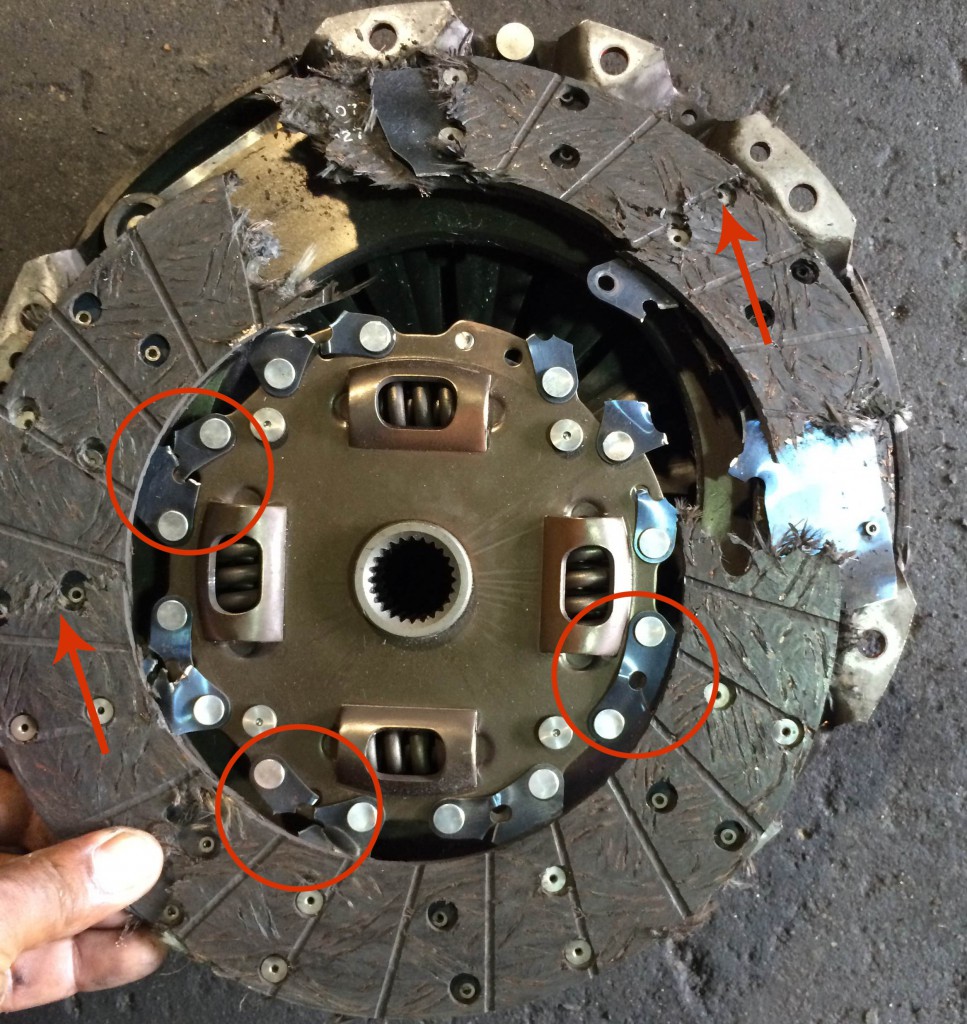 Notice the fractures all around the disc, even where it didn’t totally separate.

Like the last one, the actual friction material looks to be in very good shape, with virtually no glazing or wear. But like the first one, the fact that the torque plate is sheared is the dead giveaway of what happened. In fact, at first glance it looks like the “problem” was the huge chunk that broke off. But check out the circled areas, all of the mounting points are damaged, even the ones that didn’t totally separate. And because of this, there are fractures all around the disc.

The silver lining here is that a lot of times, the rest of the drivetrain is fine. You can usually just replace the disc by itself and be completely fine. I told both of the owners of the above cars that they were lucky the torque plate split when it did. Otherwise, they’d be rebuilding their engines!