The goal was pretty straightforward: I wanted to be able to datalog wideband output directly into Nistune. No dyno or anything required, everything on board. I went with the AEM UEGO for a few reasons. First, it’s a controller and gauge all in one, comes with a pre-calibrated Bosch sensor, can output via serial connection, Nistune supports it, and it’s dirt cheap.

Each gauge included a set of bungs. So, after referring to the literature included, and with the help of Adam (induetime), we marked what we thought would be a good location and pulled off the test pipes. AEM recommends running them at least 18 inches from the exhaust port (on the head) in an NA application, which would put it towards the front of the test pipe on the Z32, or at least 36 inches from the exhaust port in a TT application. This puts it just about at the transmission mount, which allowed me to get way more than the recommended minimum 10 degree incline, and had plenty of room in all directions for wiggling and working.

After marking, we drove over to Adam’s shop (QFAB) in the pouring rain and got to drilling (I sprayed water on the drill. It helped). 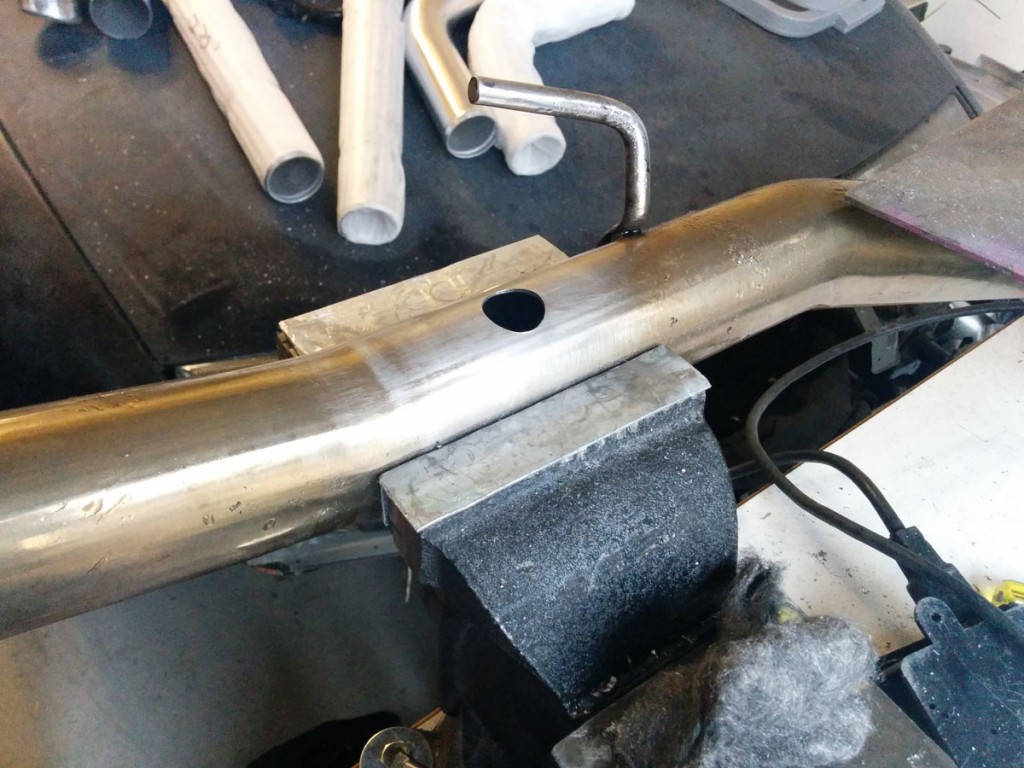 Test pipes cleaned and drilled for the wideband bung 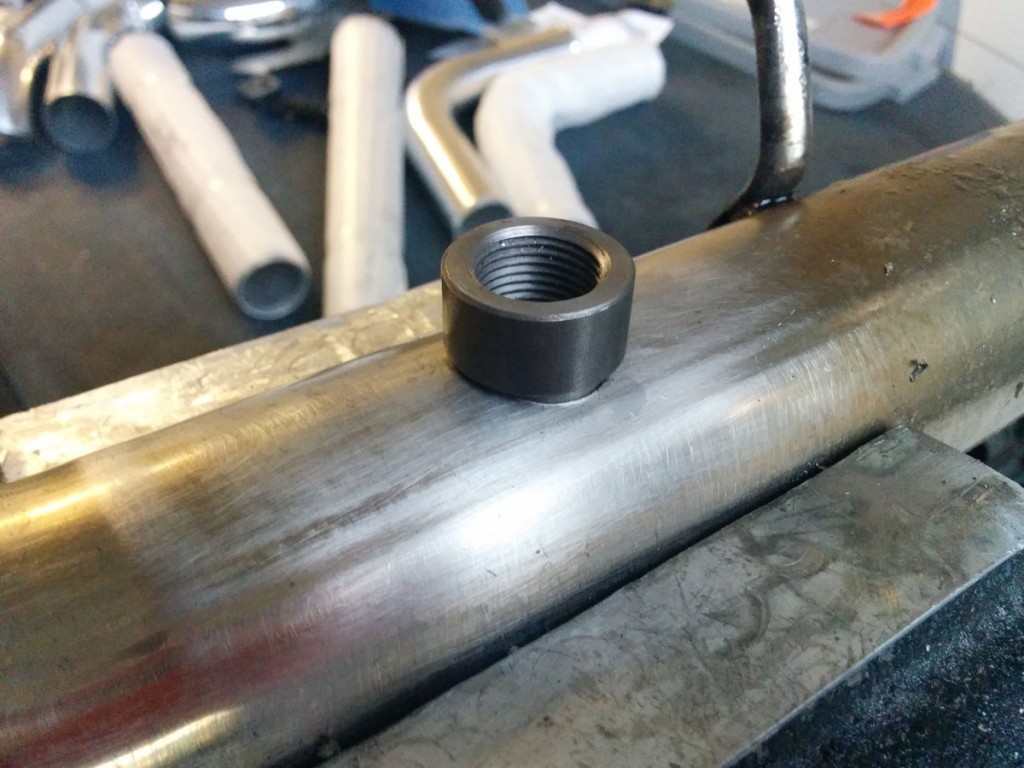 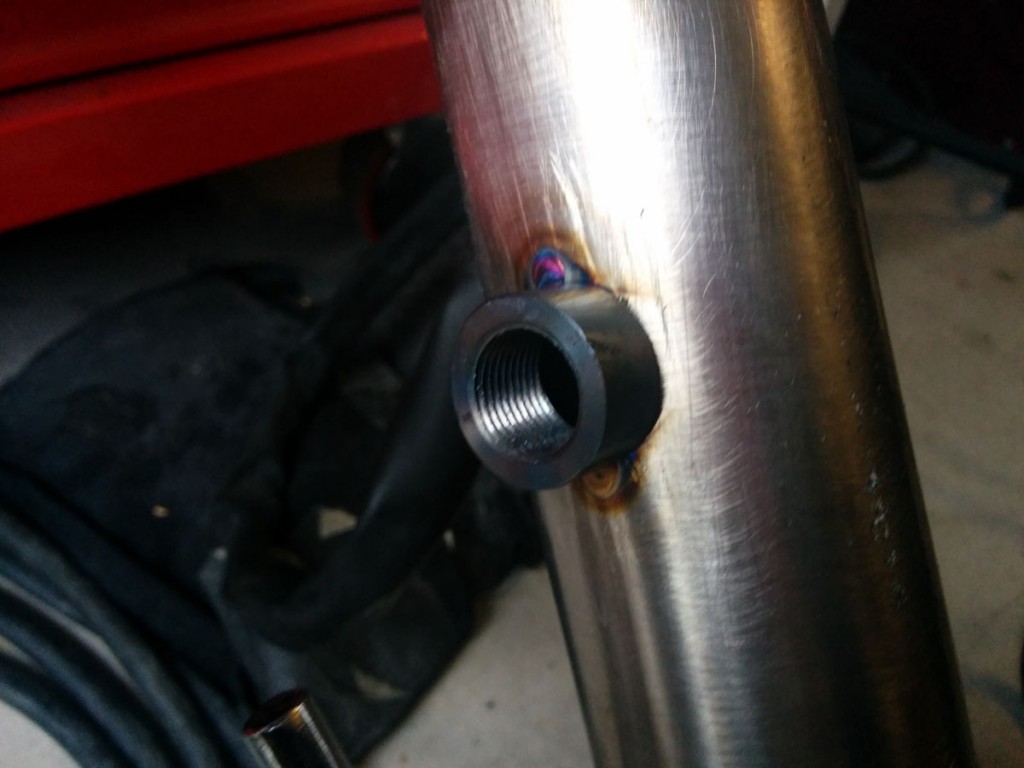 During welding, this little guy came out to help. 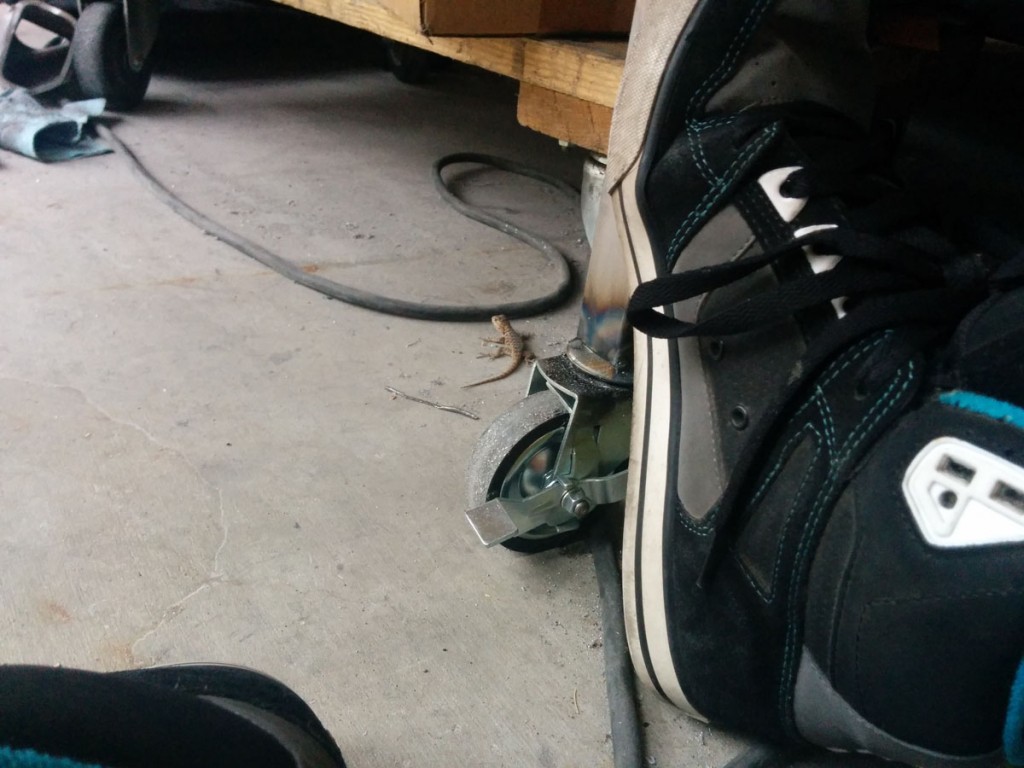 Help from a tiny friend.

And all welded up and ready to go. 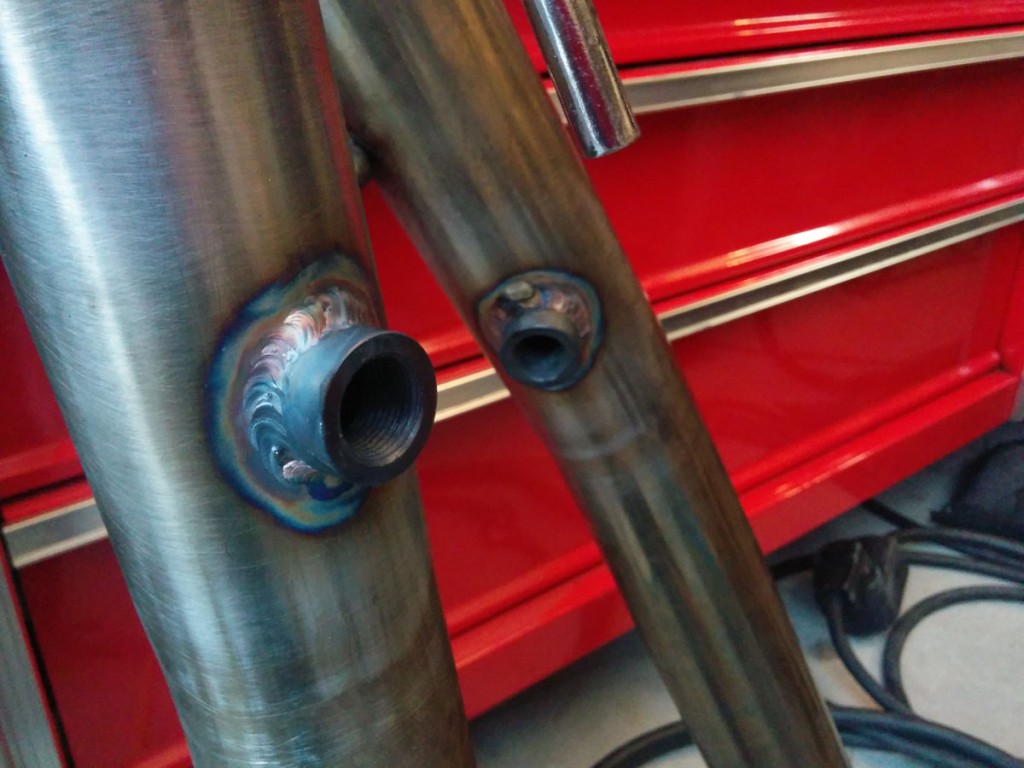 Rather than run the connections all the way to the front of the car, up by the hot exhaust, through the engine bay, under the battery, through the wheel-well, and into the interior, I decided to go straight up to the cabin through the center console. While scoping it out, I noticed the shifter support bracket‘s rubber bridge was starting to tear. 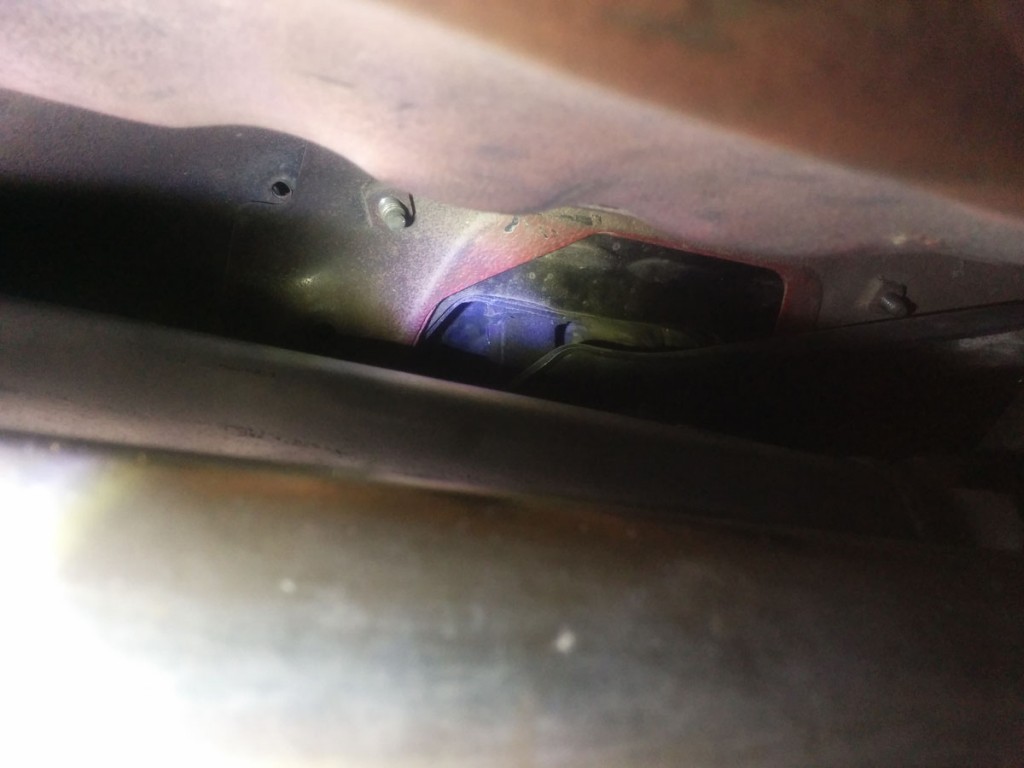 It would only be a matter of time before this failed completely, so I grabbed another one to put on. I also grabbed the upper boot, as that was missing.

I routed the harnesses on the RH side, with the transmission harness, and then up across the wishbone shifter support and into the cabin. It’s well clear of all moving parts, and none of the harness even flinches when shifting, so I’m not worried about stress or pinching or anything.

Here is the initial routing (sorry for the dark pics). 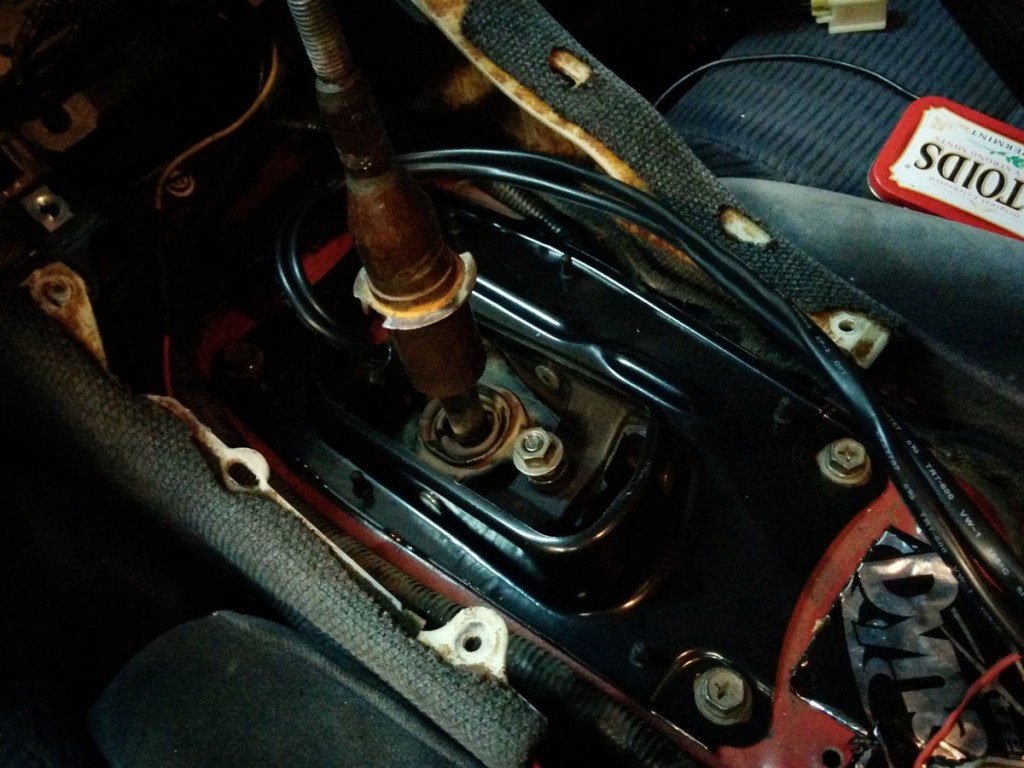 I wasn’t too keen on cutting up the harnesses for these, so I just bound everything up and there was a nice little pocket under the clock for it to rest. So if ever sell them, I’ll still have the complete harnesses 😉 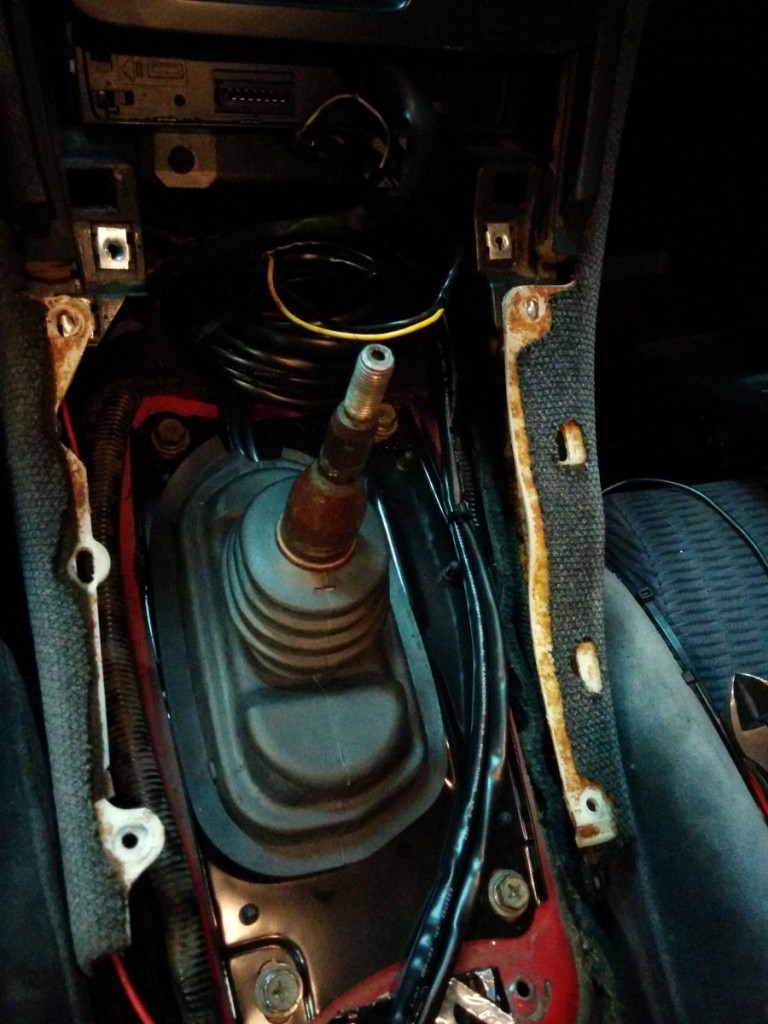 Shifting gears a bit (no pun intended), my #1 priority with installing widebands was for datalogging. Frankly, I didn’t even care about seeing them. I want Nistune to see their output; staring at them while flooring it and then hoping I can remember when/where on a fuel map they were isn’t going to do me any good. I also wasn’t looking to clutter my dash with them, but I did want to install female serial connectors for them just for easy and clean datalogging. So I sat down with a soldering iron and some inexpensive female serial connectors I found online. 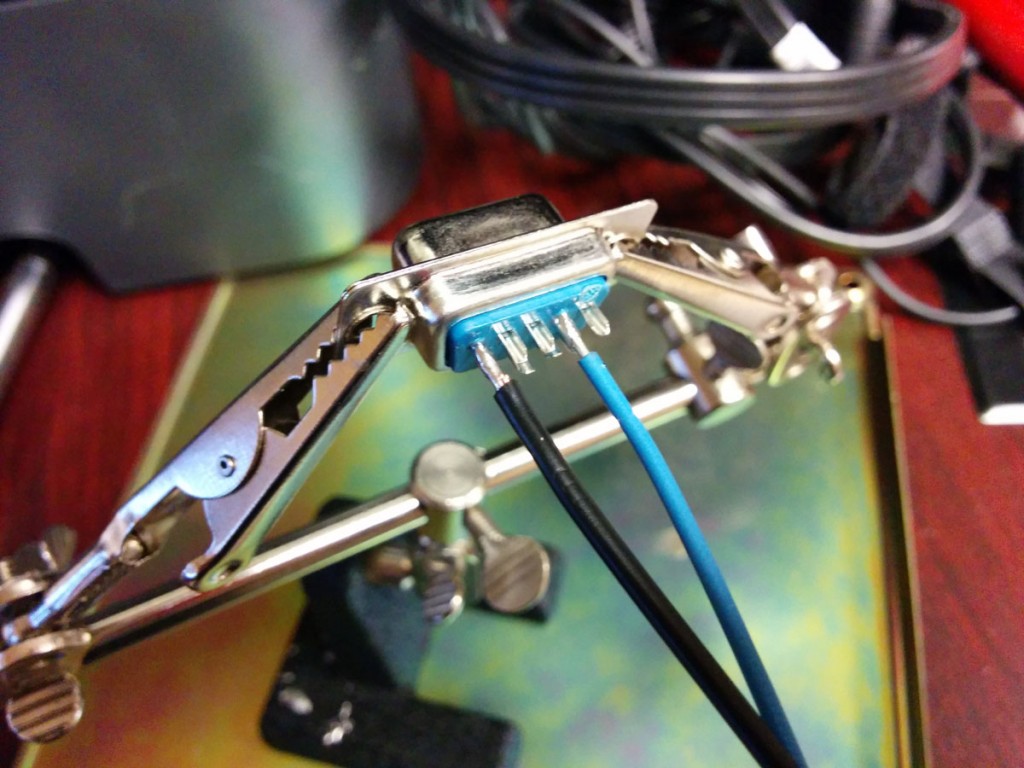 I actually did this backwards, oops. Good thing they come in packs of 5!

After some work with a dremel and some more soldering, I was able to install these directly into the center console. 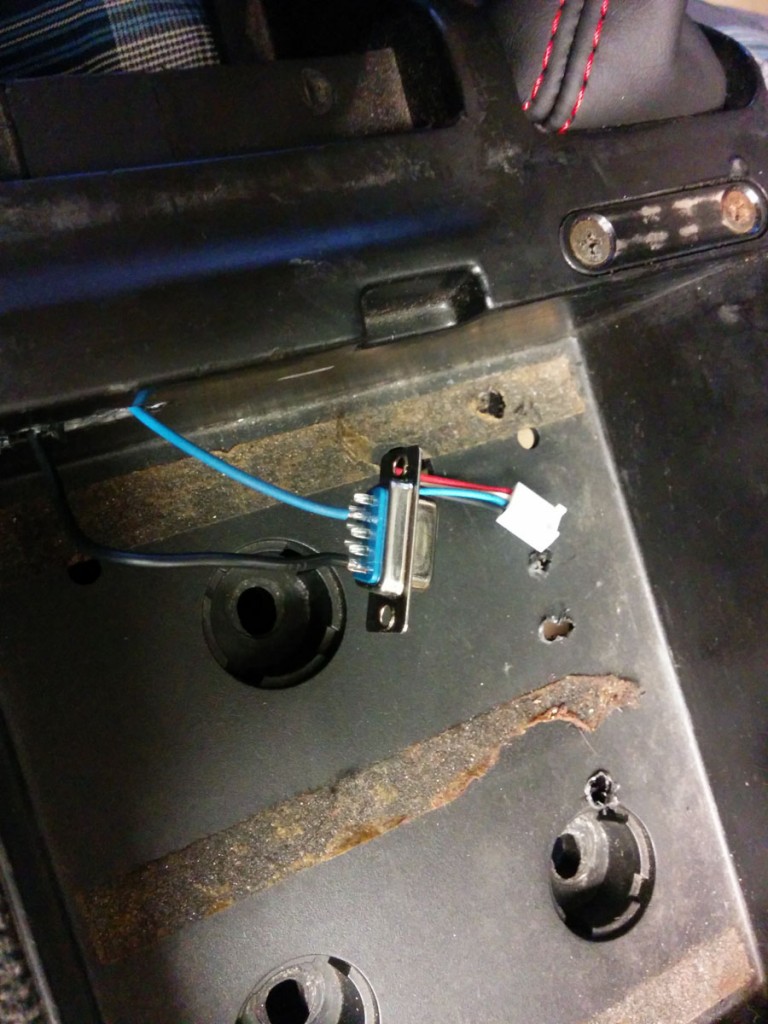 You can also see some drilled holes on the right, which are for the mounting posts of the gauges themselves. 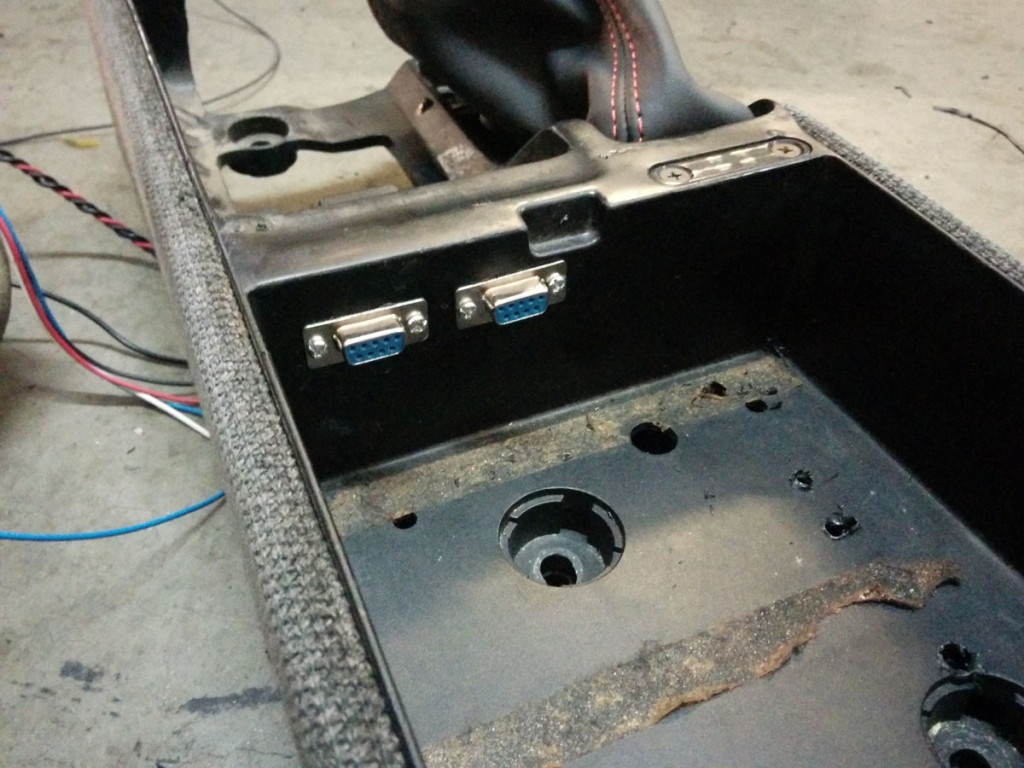 Here’s the backside. Again, I didn’t want to cut down the AEM harness in case I ever sell them or something. 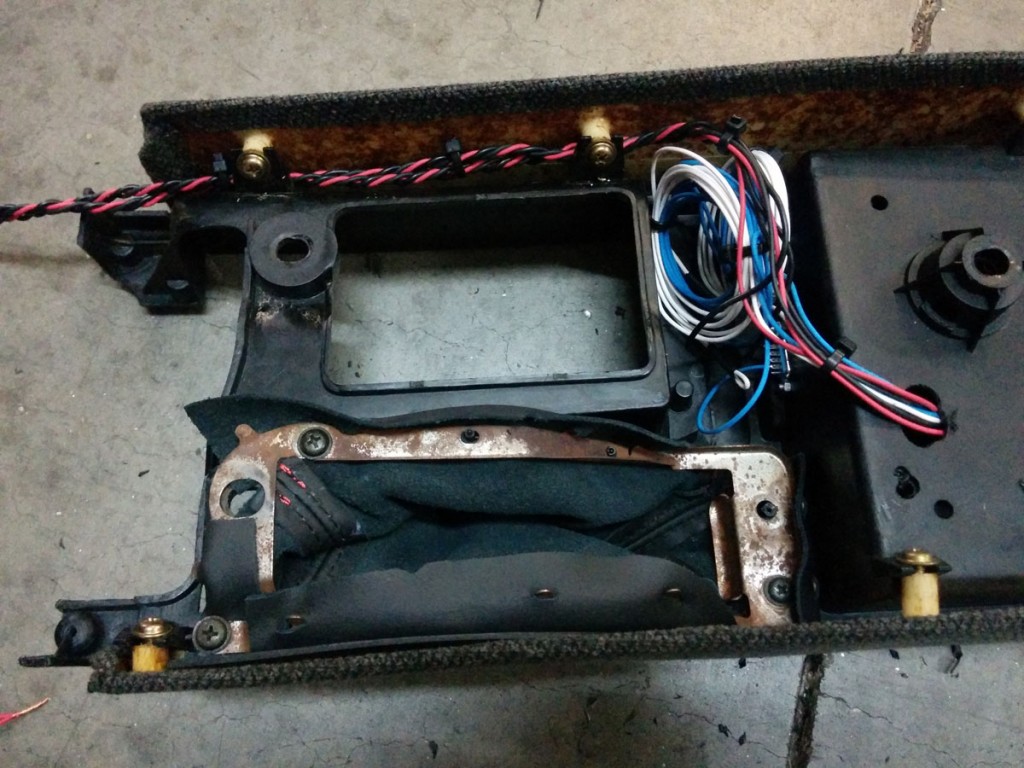 And here’s the final product. I actually didn’t stick with these cheapie USB-Serial converter cables because the drivers were garbage and they crashed constantly. I’m now running a set of PLMS-based cables and they work great. 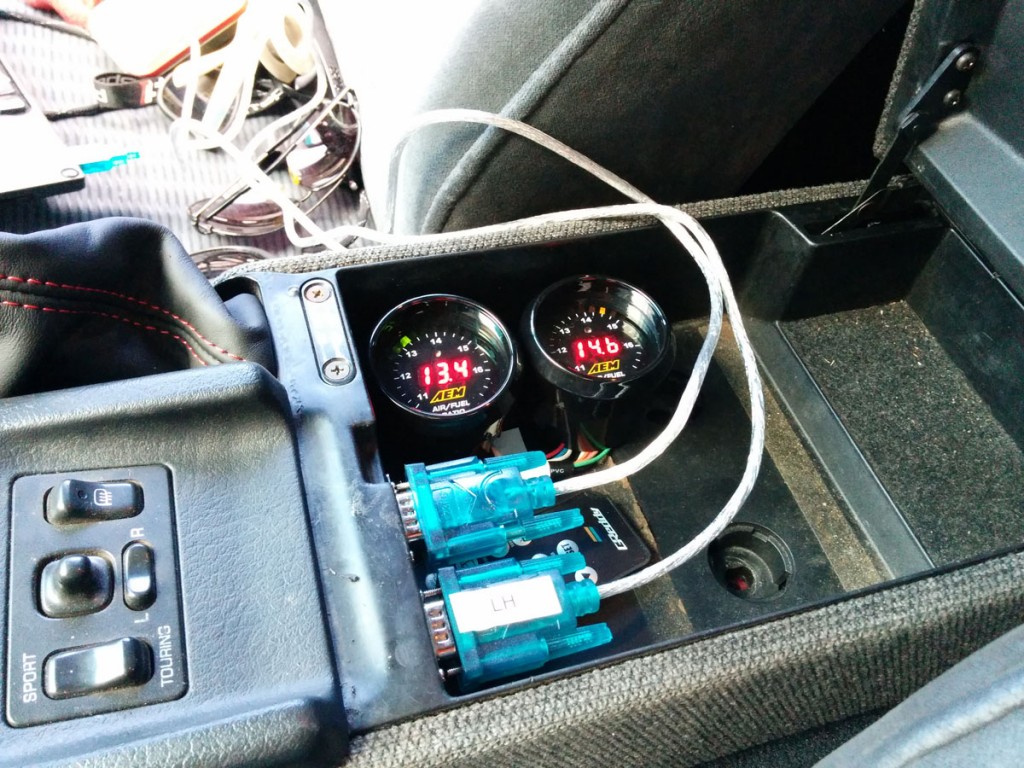 The best part is probably how they have this subtle flicker at night!

The left and right sensors correspond with the left and right gauges and connectors. Nistune logs their output inline with the Consult stream, so it’s extremely easy to do just turn on recording, drive around and see exactly what your AFRs are for any cell accessed.