On Monday, the Specialty Equipment Market Association (SEMA, yes, that SEMA) met with the EPA to discuss language in a new proposal the EPA has put forth. Unless changed, this new regulations would prohibit the conversion of light production vehicles into race cars, as well as the sale of parts that could modify or defeat emissions systems, even in off-road only vehicles. 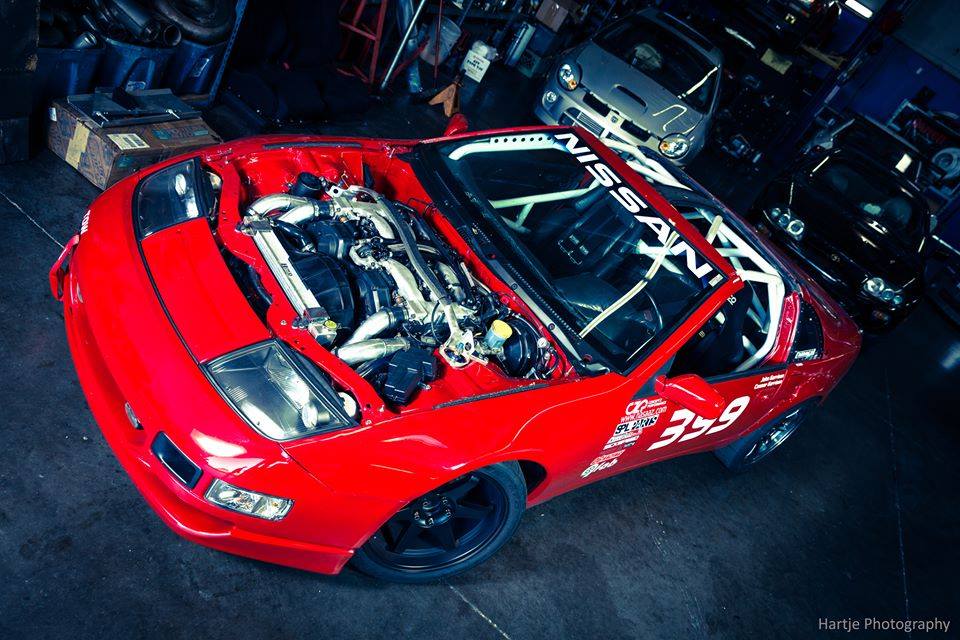 Buried deep down in a proposal from ETA, titled Greenhouse Gas Emissions and Fuel Efficiency Standards for Medium- and Heavy-Duty Engines and Vehicles – Phase 2 (I know, it has a real nice ring to it), on page 862, is this paragraph:

EPA is proposing in 40 CFR 1037.601(a)(3) to clarify that the Clean Air Act does not allow any person to disable, remove, or render inoperative (i.e., tamper with) emission controls on a certified motor vehicle for purposes of competition

Also, on Page 923 of the same document, is this clarification:

These regulations would make it illegal to modify any emissions-related parts on vehicles, even if they’re for competition-only use. In the past, the EPA made clear exceptions to similar rules specifically for off-road use cars. The above amendments basically close those exceptions.

Plus, this proposal would also make it illegal to sell parts related to emissions systems. SEMA met with the EPA to confirm their intentions, and confirmed:

The EPA indicated that the regulation would prohibit conversion of vehicles into racecars and make the sale of certain emissions-related parts for use on converted vehicles illegal.

Obviously, SEMA, as well as yours truly, aren’t big fans of these amendments. And personally, I don’t think it will pass anyway. The aftermarket parts industry is a huge industry, and implementing these restrictions would mean a huge reduction in tax revenue as well as jobs related to manufacturing and retail. You can read SEMA’s full statement in the press release below:

EPA Seeks to Prohibit Conversion of Vehicles into Racecars

WASHINGTON, Feb. 8, 2016 /PRNewswire/ — The U.S. Environmental Protection Agency (EPA) has proposed a regulation to prohibit conversion of vehicles originally designed for on-road use into racecars. The regulation would also make the sale of certain products for use on such vehicles illegal. The proposed regulation was contained within a non-related proposed regulation entitled “Greenhouse Gas Emissions and Fuel Efficiency Standards for Medium- and Heavy-Duty Engines and Vehicles—Phase 2.”

The regulation would impact all vehicle types, including the sports cars, sedans and hatch-backs commonly converted strictly for use at the track. While the Clean Air Act prohibits certain modifications to motor vehicles, it is clear that vehicles built or modified for racing, and not used on the streets, are not the “motor vehicles” that Congress intended to regulate.

“This proposed regulation represents overreaching by the agency, runs contrary to the law and defies decades of racing activity where EPA has acknowledged and allowed conversion of vehicles,” said SEMA President and CEO Chris Kersting. “Congress did not intend the original Clean Air Act to extend to vehicles modified for racing and has re-enforced that intent on more than one occasion.”

SEMA submitted comments in opposition to the regulation and met with the EPA to confirm the agency’s intentions. The EPA indicated that the regulation would prohibit conversion of vehicles into racecars and make the sale of certain emissions-related parts for use on converted vehicles illegal. Working with other affected organizations, including those representing legions of professional and hobbyist racers and fans, SEMA will continue to oppose the regulation through the administrative process and will seek congressional support and judicial intervention as necessary.

The EPA has indicated it expects to publish final regulations by July 2016.