From Z32 Wiki
Jump to: navigation, search
Drive Belts are belts the drive the accessories on the engine. They are driven by the crank pulley. 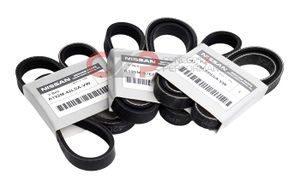 The Z32 has three drive belts. These provide power (rotation) to the:

Fitment for drive belts changes depending on which crank pulley, water pump pulley, and power steering pump is being used. Refer to the chart below to make sure you're getting the right belts.

There are two generations of Underdrive pulleys. The V1 had an underdriven power steering pulley (the front-most section), and the V2 maintains the stock size for the power steering, and ALL V2 pullies use 4-rib power steering segments, though they can still be used with 3-rib belts. The V2 is also only available in the aluminum finish, whereas the V1 was available with several color options. Refer to the image below to determine which version you have: 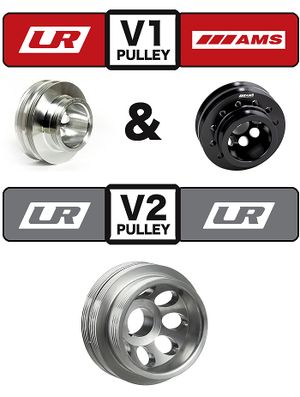 The diagram below shows the layout of the drive belts on the Z32. It is the same for all versions. 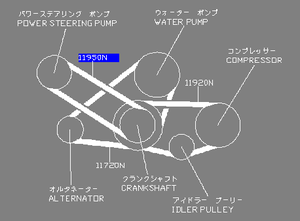