Back in late 2014, we started playing with some concepts and ideas to develop a widebody kit for the Z32. There have been a few kits on the market before, but none of them seemed to nail it. Rocket Bunny and similar kits have done some really great things with platforms like the FR-S, but the Z32 is a tough shell to crack. From the factory, it isn’t desperately pretty. It’s not a car that really drop jaws, but it does look good from every angle. Every line is exactly where it should be. Like something designed by Apple or Dieter Rams, it’s perfect, in a way, and that’s what makes it difficult to modify. 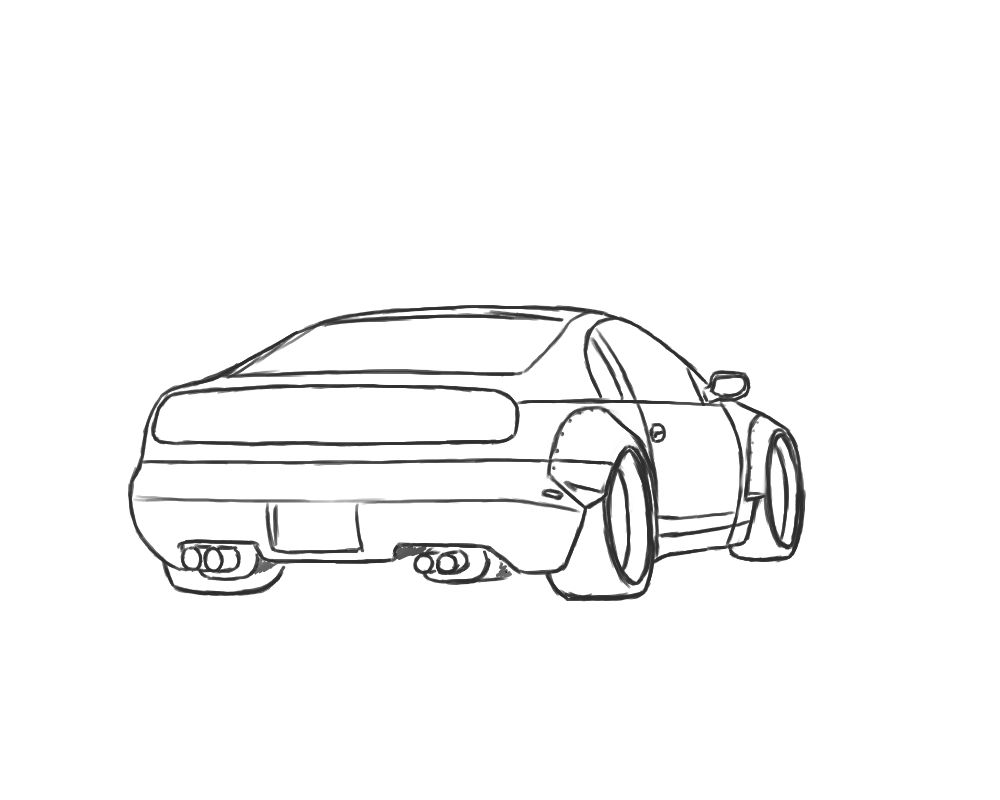 So we started simple, and sort of like a lot kits before it, it didn’t look quite right. I quickly learned a few rules, the most important of which is to follow the natural lines of the car. This meant it’s best to minimize the amount of abrupt, new lines introduced. For this reason, oversized fender flares started to become complete body panels. 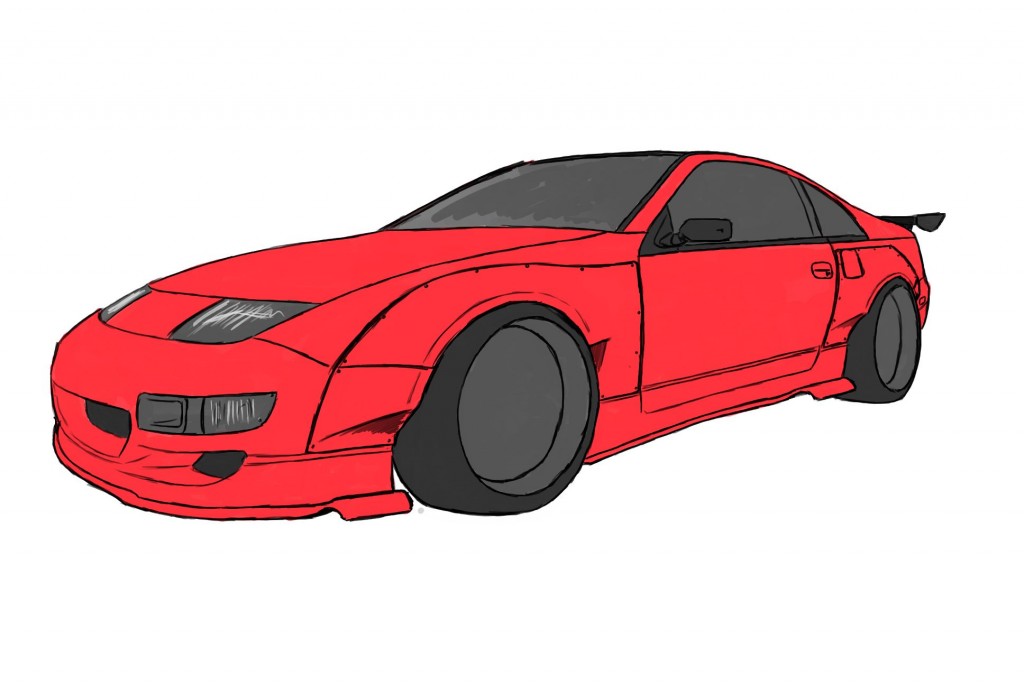 The rear quarter panel still became a difficult area, mostly because the area is so large and clean from the factory. So that panel started to get bigger, too. 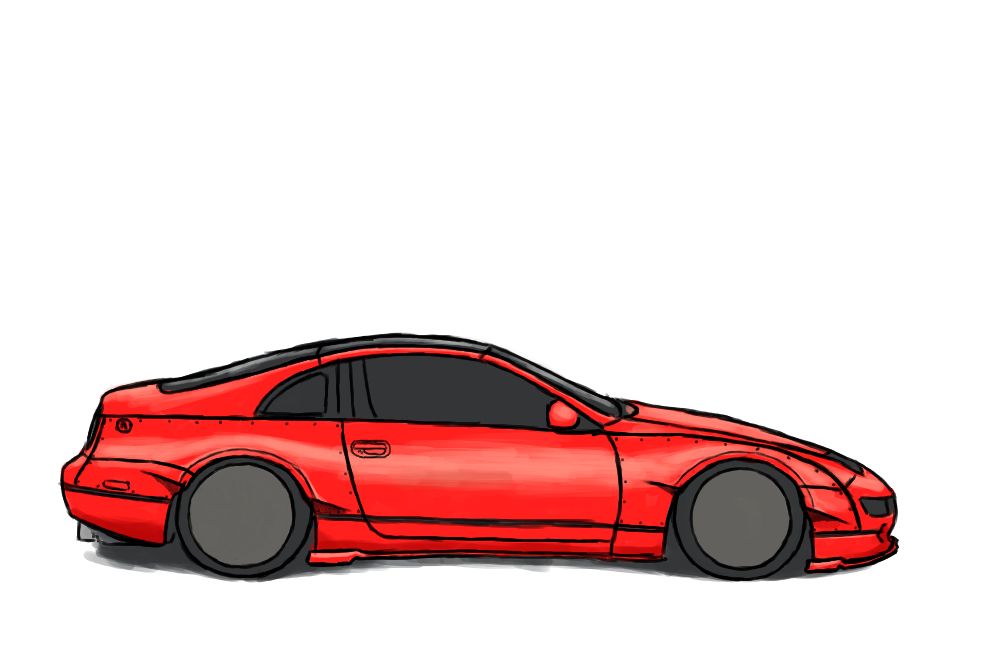 Around this concept, we had pretty much settled on how we wanted it to look, for the most part. 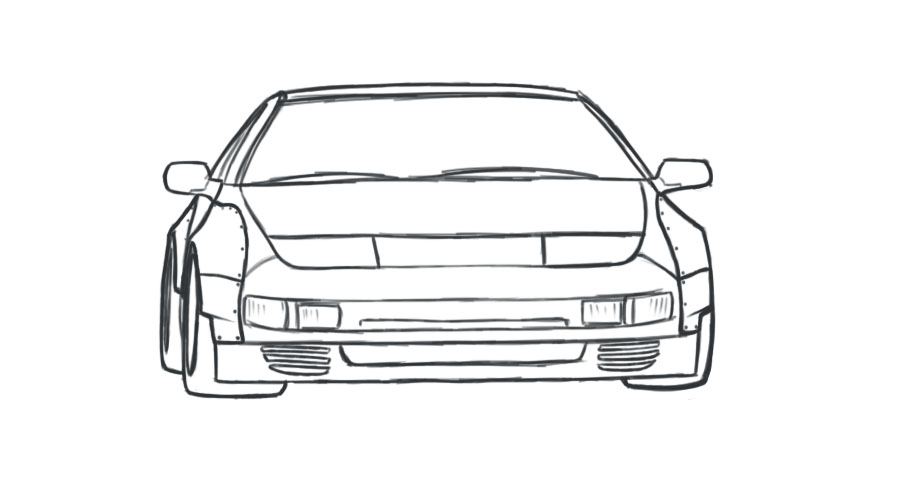 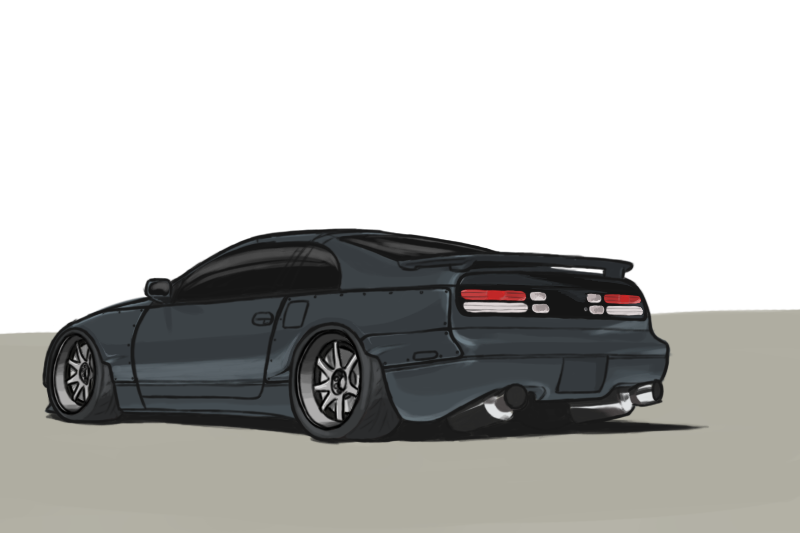 At this point, you can see that most shapes match up, in some way, with another shape on the car. The front and rear fenders both stop at the “accent stripe” groove. They go up to the single line that starts at the A-pillar and ends at the tail light. The front fenders swoop upwards slightly, and the outer arc of the front fender lands right at the corner where the front bumper mounts up. 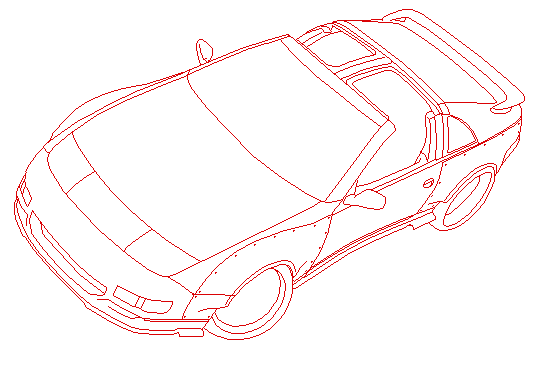 Towards the end of the year, we ended up picking up a car to start mocking the kit up on. It was just a bone stock NA AT 2-seater. Nothing special, and in really ratty condition, but the chassis was 100% straight and that’s all that mattered. We did some basic work to the car (injectors, new connectors, fluid changes, leak fixes, etc) so the car could move under its own power, and we shipped it off to California where the kit was to be manufactured, and left him with my concept drawings to get started. For the next few months we went out to Cali, to give input on the kit. We exchanged photos, drew on the car, drilled into it, all kinds of stuff. There was lots of going back-and-forth to change lines, curves, angles, everything. 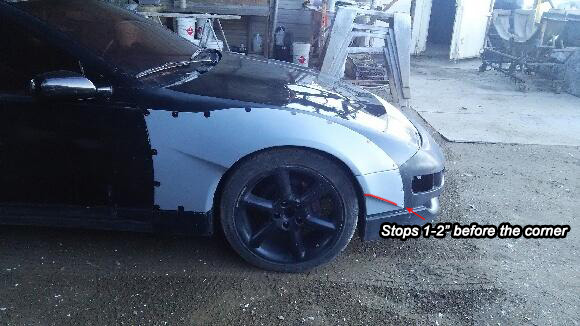 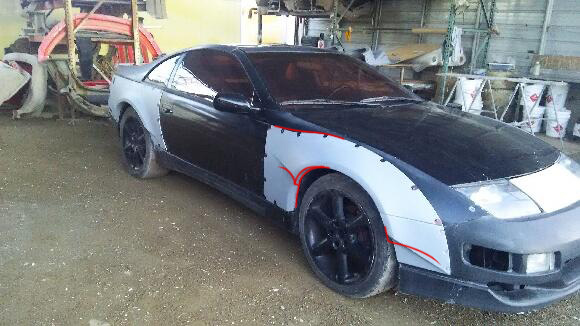 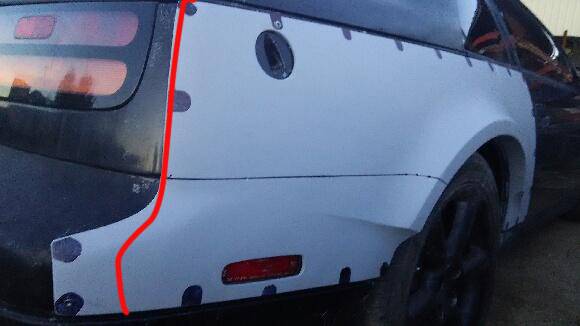 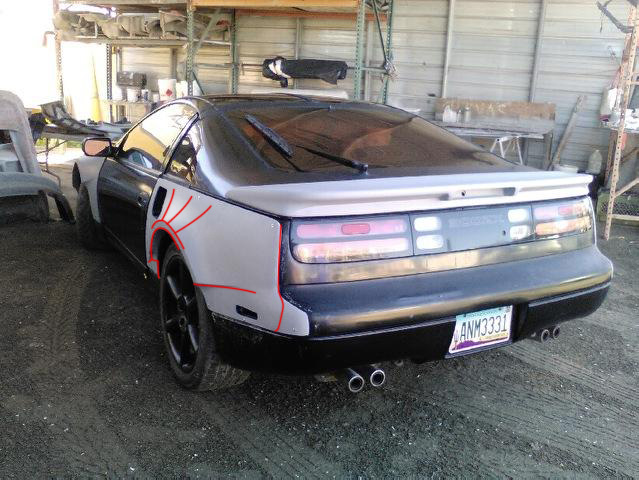 This went on for several months, it was quite a slow process (especially when you don’t have any free time!), and we had a few setbacks, so things stalled for a bit. We continued to play with mockups and concepts to make sure we were happy with the design.

But, after a lot of work, we finally received our first production version. 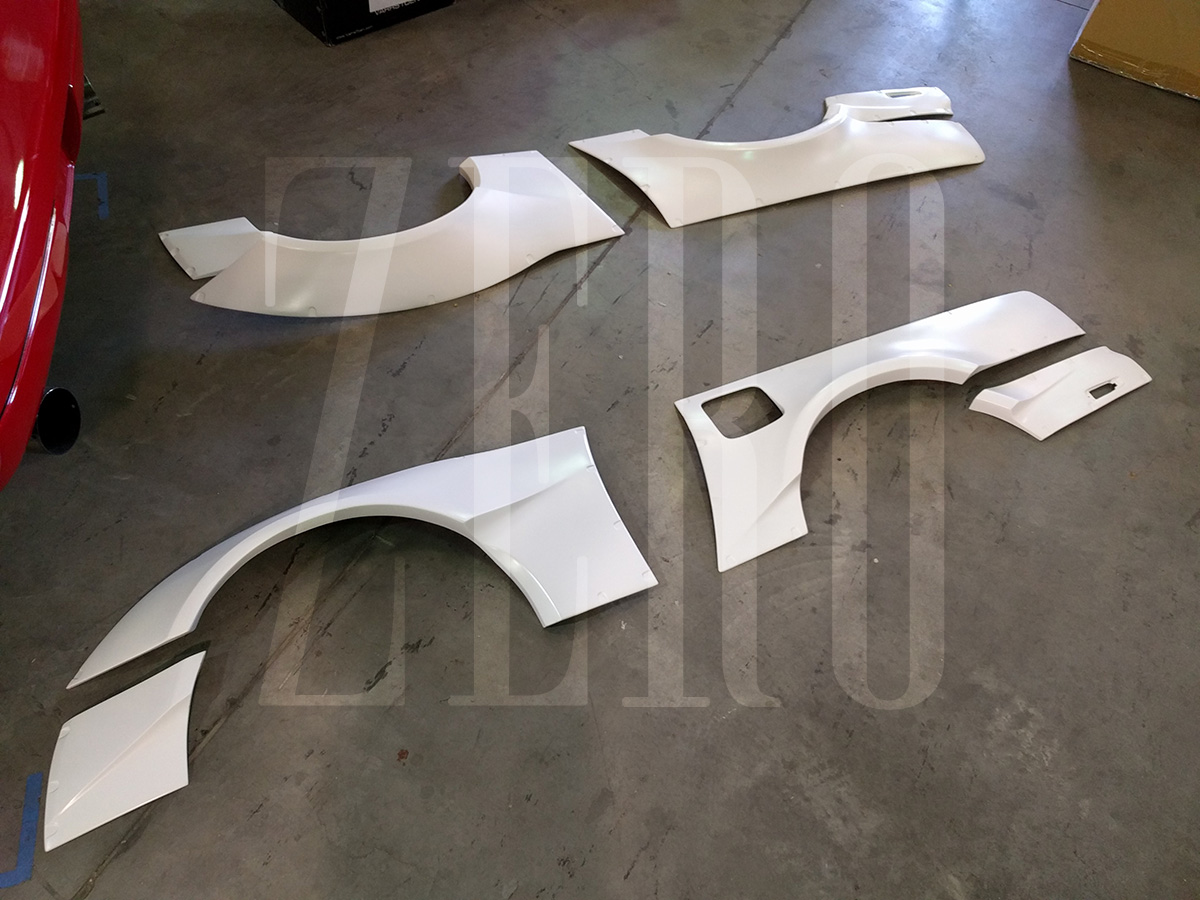 So far, only the pre-production versions have been installed on a car. The production version you see above has been mocked up, and will be slapped onto a car here soon. Once we know with certainty we’re happy with the fitment, we’ll begin taking pre-orders. 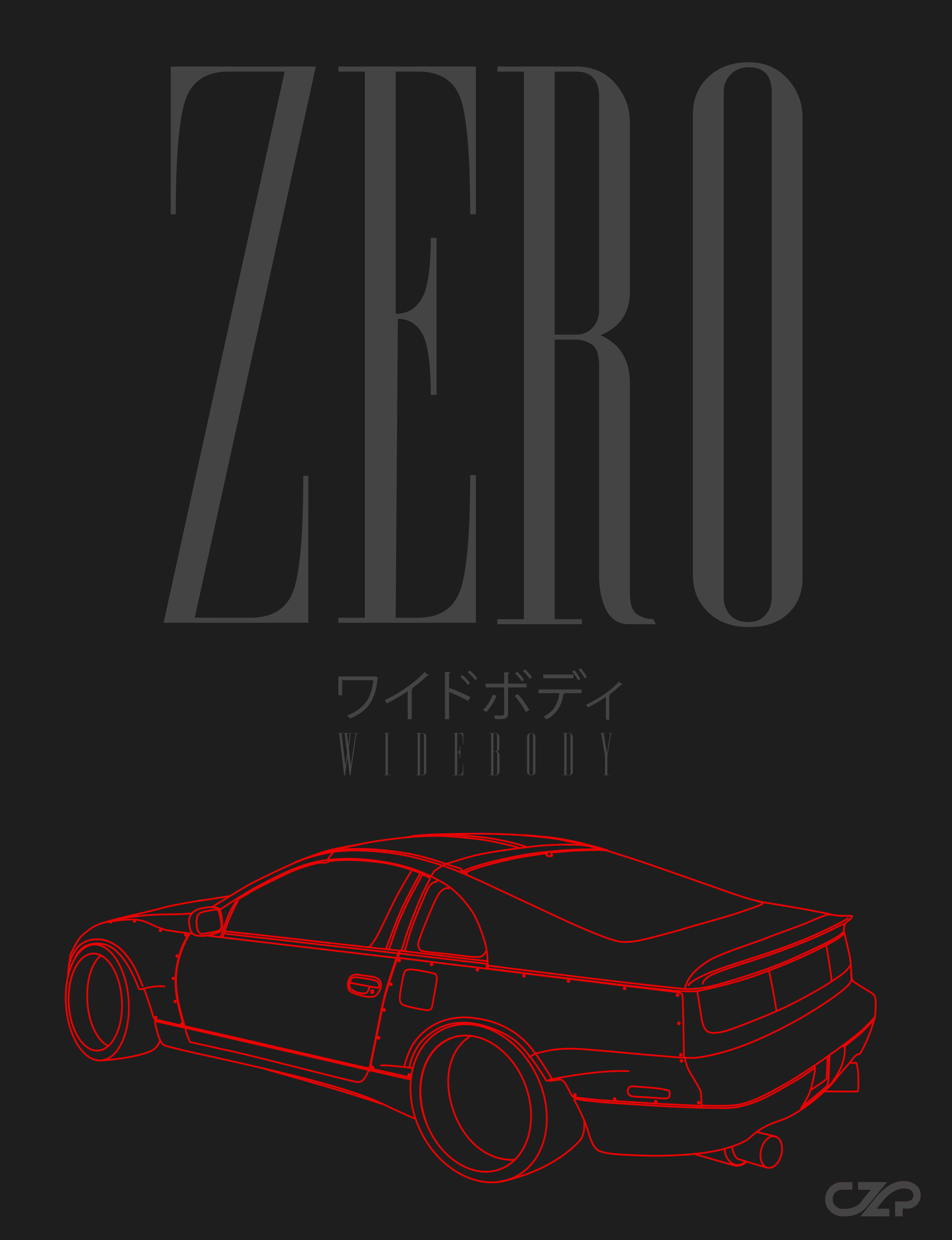 Part of the reason we’ve been so obsessive with the fitment on this kit is because this is also the first product to launch under our new brand, ZERO. Hence the watermark above. The ZERO name is reserved only for the parts we’re really proud of; this isn’t just the “store brand version” we’re slapping our name on. We have some new products we’ll be launching soon under the ZERO name, soon, but that’s another blog post for another time…